Home / Community / Portraits and stories from Melbourne and Wellington

Portraits and stories from Melbourne and Wellington 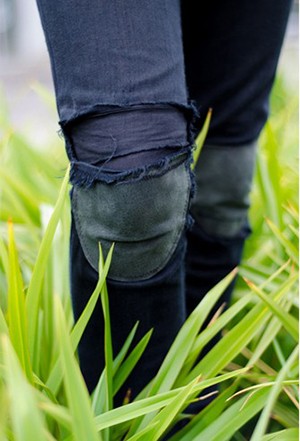 In March 2013 we visited Australia and New Zealand and are happy to the share some of the stories and portraits gathered.

Hosted by Massey University in Wellington and the Royal Melbourne Institute of Technology in Australia, these community photoshoots gathered stories and images of ingenious and honed resourcefulness in garment use.

One participant in Melbourne described her Cycling wonder, a dress from the seventies that was totally transformed to be worn upside down as a jumpsuit, with attachable pockets and reflective elements for visibility. Also in the cycling theme was the way a 1990s Mapei jacket has proved to be a long-time companion due to an appreciation of its unique qualities.

"I guess it is [lined with] a kind of microfibre. But there is also like a stretch to it as well because they are meant to be worn relatively tight when you are cycling so it doesn’t give too much drag. And I think the idea with this sort of parachute material is that it carries the graphics really nicely, but it’s also quite aerodynamic as well. So this was sort of a winter training jacket. And pockets in the back as well..."

Another story shared was the Back mending top, carefully patched across the shoulders with delicate stitches built up over time to compensate for the strain called for from a particular career's iterative movement of the body.

"I think the piece was not made for somebody who works so much as I do forward. I’m a weaver, so... I don’t know, the front seems to be fine, and it seems also odd, it looks like I’ve just added the patches for effect but there is actually significant wear under it and I haven’t patched where it hasn’t needed patching."

View the full stories and portraits for Wellington and Melbourne on the Local Wisdom Project website.

Thank you so much again to all of those who made these events a success and a very special thanks to our photographers, Paul Allister and Aliscia Young as well as our lead partners Holly McQuillan and Jen Whitty (Massey), and Jo Cramer (RMIT).